Nick Cave is a Messenger, Artist and Educator working between the visual and performing arts through a wide range of mediums inclusive of sculpture, installation, video, sound and performance. His solo exhibitions have expanded globally from the United States through France, Africa, Denmark, Asia, South America, and the Caribbean– including The Louvre Museum—Paris; Lille3000—Lille, France; Grand Central Terminal—New York; Fabric Workshop Museum—Pennsylvania; Mattress Factory—Pennsylvania; and the U.S. Department of State Art in Embassy—DC. He has been described as a Renaissance artist, and says of himself "I have found my middle and now ... working toward what I am leaving behind." He has received numerous awards and honors including US Artist Fellowship; Joan Mitchell Foundation Award; Ford Foundation Award; Artadia Award; Creative Capital Grants; Louis Comfort Tiffany Foundation Award; Ford Foundation Grant; and Illinois Arts Council Grants. Cave also works as an Professor at The School of the Art Institute of Chicago and has received his MFA from Cranbrook Academy of Art and his BFA from the Kansas City Art Institute. 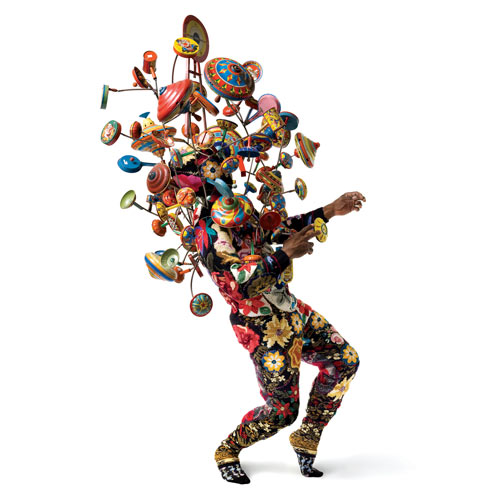 Pinebox Art Center was founded in 2012 and operates as a diverse, cultural, community center, engaging both the Highlandtown Arts District and the greater Baltimore community. Focusing primarily on the visual arts, the Pinebox Art Center provides opportunities for creativity, communal joy, and intellectual reflection through thought-provoking exhibitions, cultural events, and a variety of classes and workshops for all skill levels. In addition, it provides local artists with affordable work space to further develop their practice through the studio center program. In November 2013, the Pinebox Art Center left its space located in the beautifully renovated King Cork and Seal Building at 101 N Haven St and began to operate nomadically with the goal of eventually purchasing a permanent exhibition space. Pinebox Art Center is directed by Vincent Valerio.