Only When It’s Dark Enough Can You See The Stars

The Contemporary presents Only When It’s Dark Enough Can You See The Stars, a project with New York-based artist Abigail DeVille at the former Peale Museum located at 225 N. Holiday Street. Opened in 1814, the Peale Museum is the first building in the Western Hemisphere to be built and designed as a museum.

Only When It’s Dark Enough Can You See The Stars, a new body of work, including installations and performances, focuses on DeVille’s ongoing research of the Peale Museum’s building and the unruly nature of history. Founded as an arts and natural history museum, the original vision for the Peale Museum, by its founder Rembrandt Peale, was to create an institution that was simultaneously entertaining and scholarly, and to be used as an instrument of democracy. The building operated as such until 1829, going on to become many firsts including Baltimore’s first City Hall and the location of several of Maryland’s first public schools for African-American children.

Much of the building’s timeline had to be unearthed for this project, rediscovering facets of its past that had fallen through the cracks of time. In her work, DeVille’s investigations lead to the construction of narratives, environments, and experiences which reference histories that are often overlooked or forgotten. For this project, DeVille postures the Peale Museum’s site as a theoretical passage through spacetime, creating shortcuts for long journeys across history. Only When It’s Dark Enough Can You See The Stars contributes both original research and new perspectives on little-known narratives and lost years of the Peale Museum’s building, opening the door for conversations on education, legislation, cultural preservation, and art’s ability to challenge our notion of time and history.

Abigail DeVille (b. 1981, New York, NY) received her MFA from Yale University 2011 and her BFA from the Fashion Institute of Technology in 2007. DeVille has exhibited a growing constellation of site-specific installations in the United States and Europe. Her most recent exhibitions include Revolution in the Making: Abstract Sculpture by Women, 1947-2016 at Hauser Wirth & Schimmel (2016), America, Galerie Michel Rein, Paris (2015); From the Ruins… at 601Artspace (2015), When You Cut Into the Present the Future Leaks Out at the Old Bronx Courthouse (2015), Nobody knows My Name at Monique Meloche Gallery (2015); The Day the Earth Stood Still at Johnson-Kulukundis Family Gallery (2015); Puddle, pothole, portal at Sculpture Center (2014); Playing with Fire: Political Interventions, Dissident Acts, and Mischievous Actions at El Museo del Barrio (2014); Material Histories at the Studio Museum in Harlem (2014); Outside the Lines at the Contemporary Art Museum Houston (2014); Invisible Men: Beyond the Veil, Galerie Michel Rein, Paris (2013); Gastown Follies, Artspeak, Vancouver, BC, (2013); Bronx Calling, The Bronx Museum of the Arts (2013); Future Generation Art Prize at Venice, The 55th Venice Biennale (2013); They might as well have been remnants of the boat, Calder Foundation, New York (2013); XXXXXXX, at Iceberg Projects, Chicago (2013); Fore, The Studio Museum in Harlem, New York (2012); Future Generation Art Prize Exhibition at the Pinchuk Art Centre, Kiev, Ukraine (2012); If I don't think I'm sinking, look what a hole I'm in, Night Gallery, Los Angeles, CA (2012); First Among Equals, ICA, Philadelphia, PA (2012); The Ungovernables, New Museum, NY (2012); Bosch Young Talent Show, Stedelijk Museum, s-Hertogenbosch, Netherlands (2011). She has designed sets for theatrical productions—directed by Peter Sellers and Charlotte Brathwaite—at venues such as La Mama (2015), the Stratford Festival (2014), JACK (2014), and Joe’s Pub (2014). DeVille is a 2012 Joan Mitchell Foundation grant recipient and is a 2014-15 fellow at The Radcliffe Institute for Advanced Study at Harvard and a 2015 Creative Capital grantee.

Only When It’s Dark Enough Can You See The Stars was made possible with lead support from The Andy Warhol Foundation for the Visual Arts with added support from the The City of Baltimore’s Department of General Services Administration, The Peale Center Board of Trustees, The Loading Dock, the Downtown Partnership, and Bromo Arts and Entertainment District, Inc. Additional project partnerships and sponsors include the Maryland Historical Society and Bile Street Inn. The Contemporary is funded through the generosity of its Board of Trustees, foundations, government agencies, corporations, and individuals. Major institutional support has been provided by The Andy Warhol Foundation for the Visual Arts, Robert W. Deutsch Foundation, Aaron & Lillie Straus Foundation, William G. Baker, Jr. Memorial Fund, creator of the Baker Artist Awards, Downtown Partnership of Baltimore, and Jacob and Hilda Blaustein Foundation. The museum also gratefully acknowledges an ongoing partnership with the Baltimore School for the Arts. The official graphic designer of The Contemporary is The Office of Kristian Bjørnard (OOKB), and the hotel sponsor is Hotel Indigo. 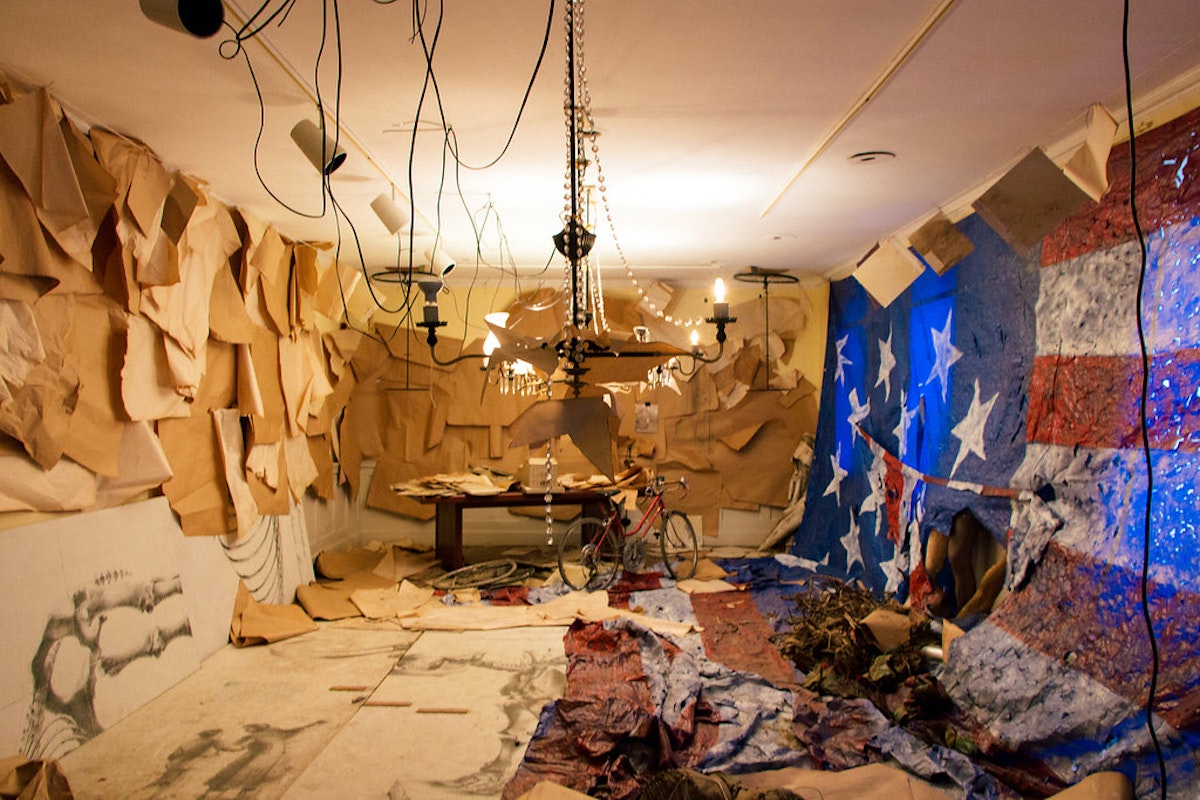 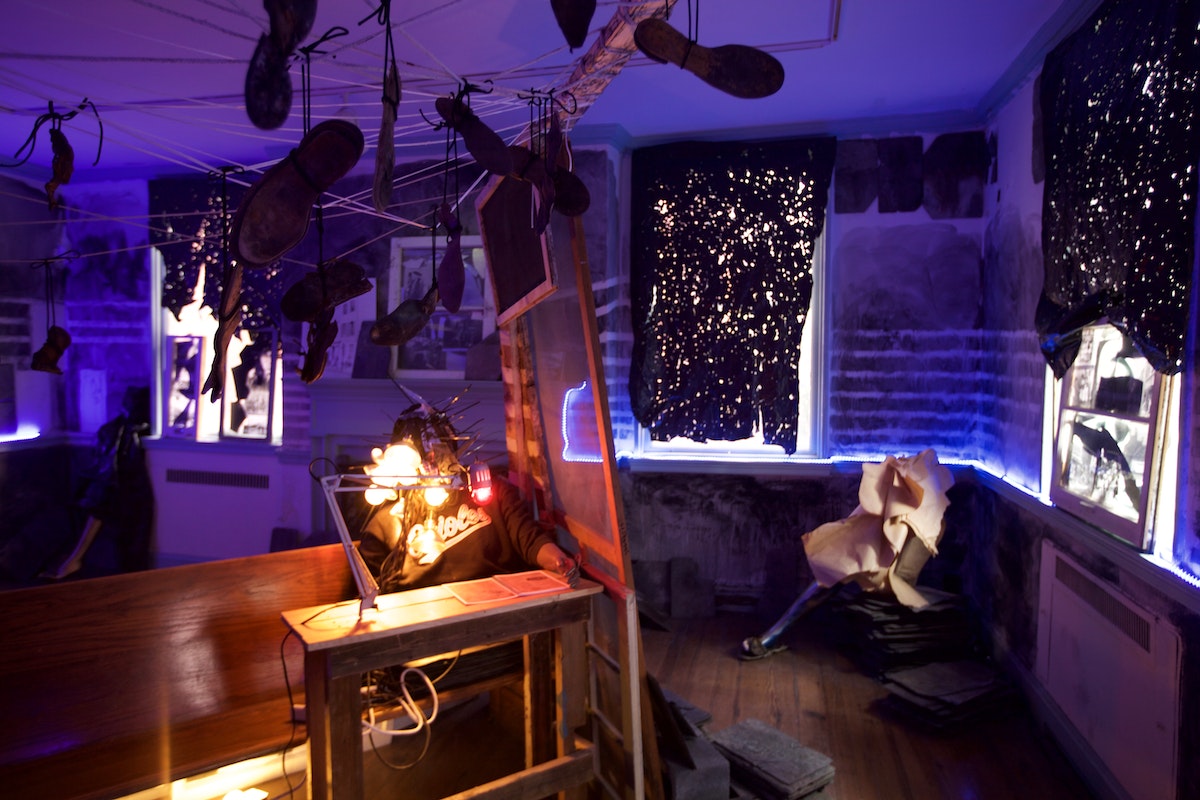 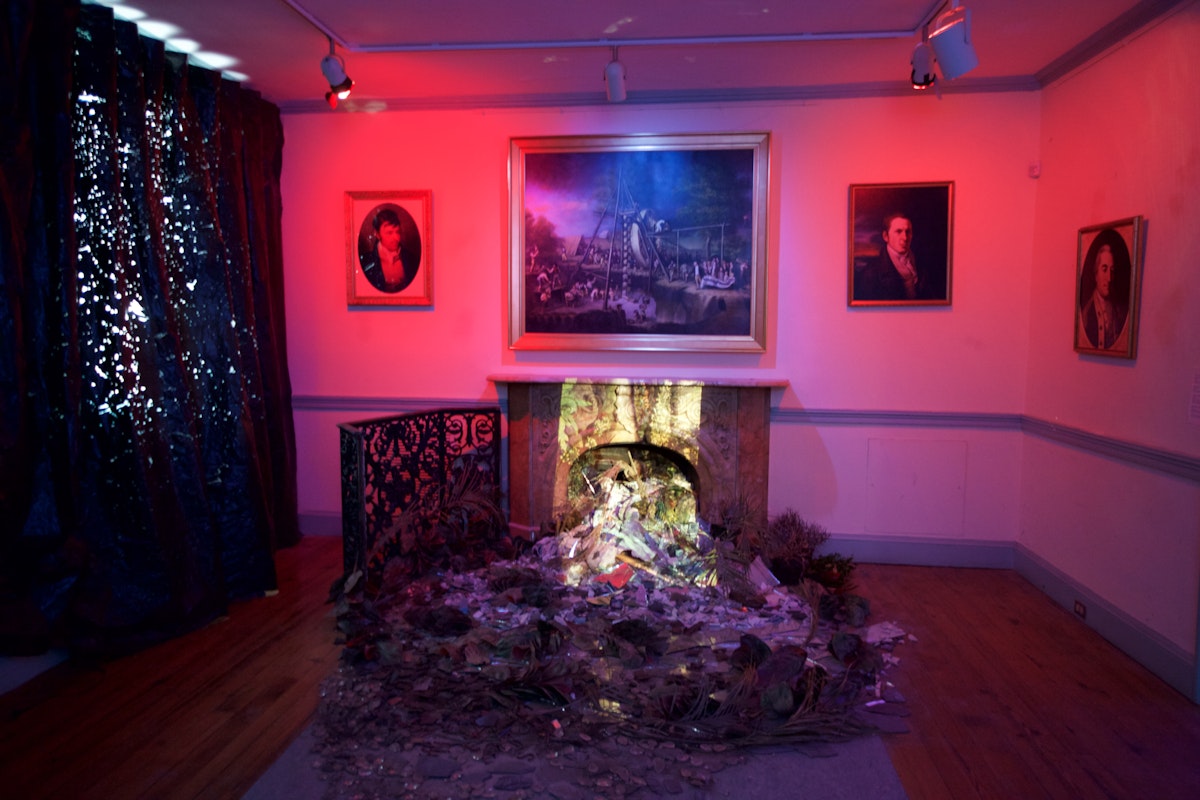 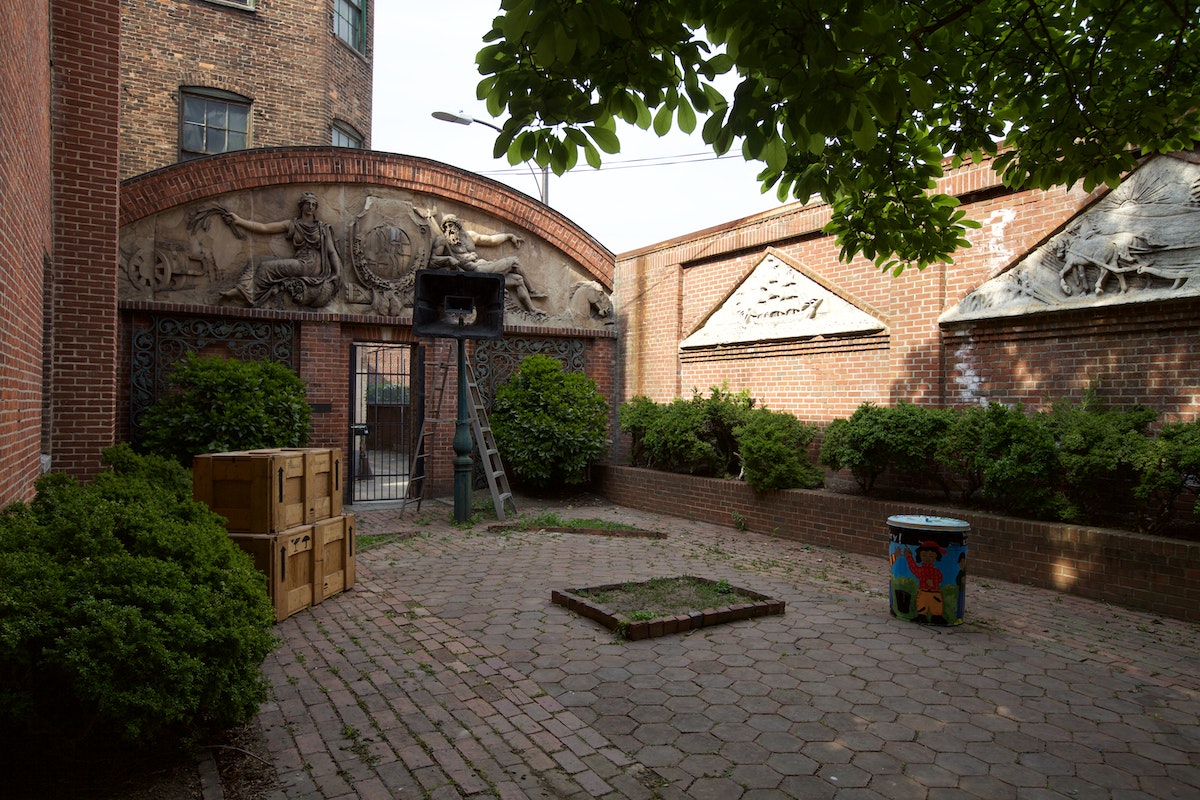 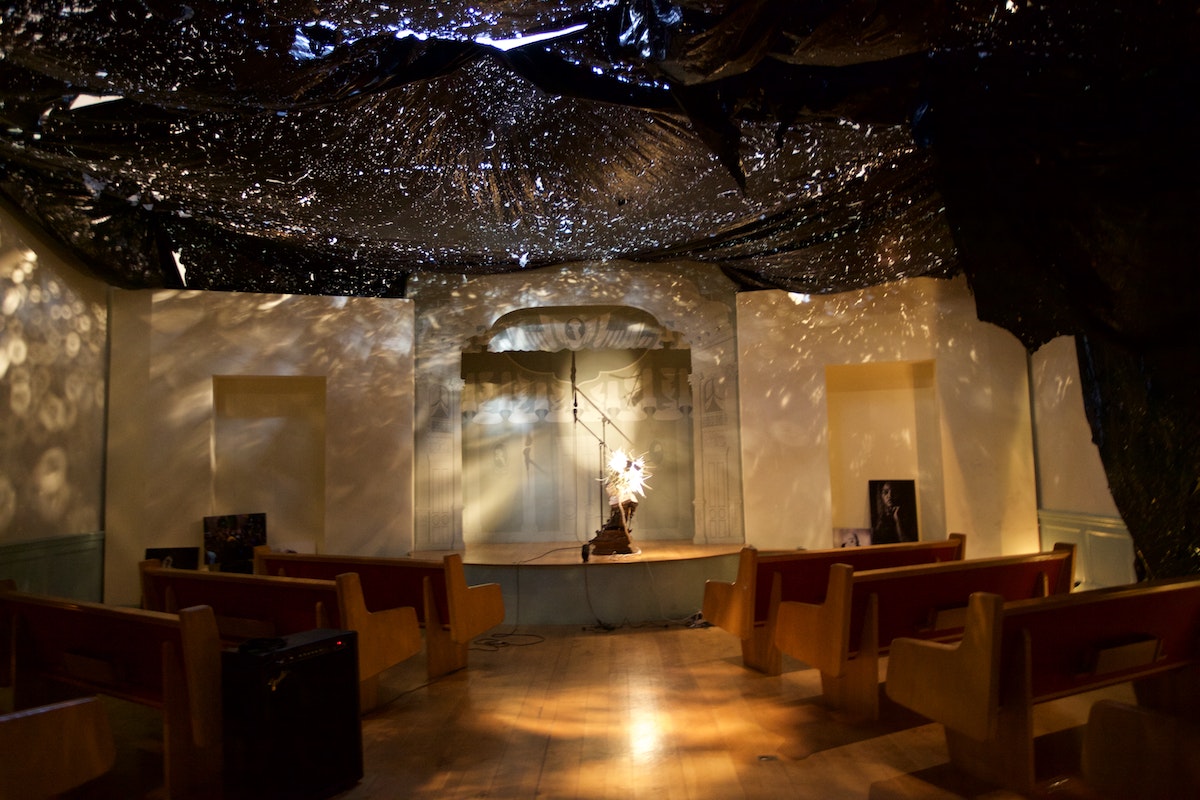 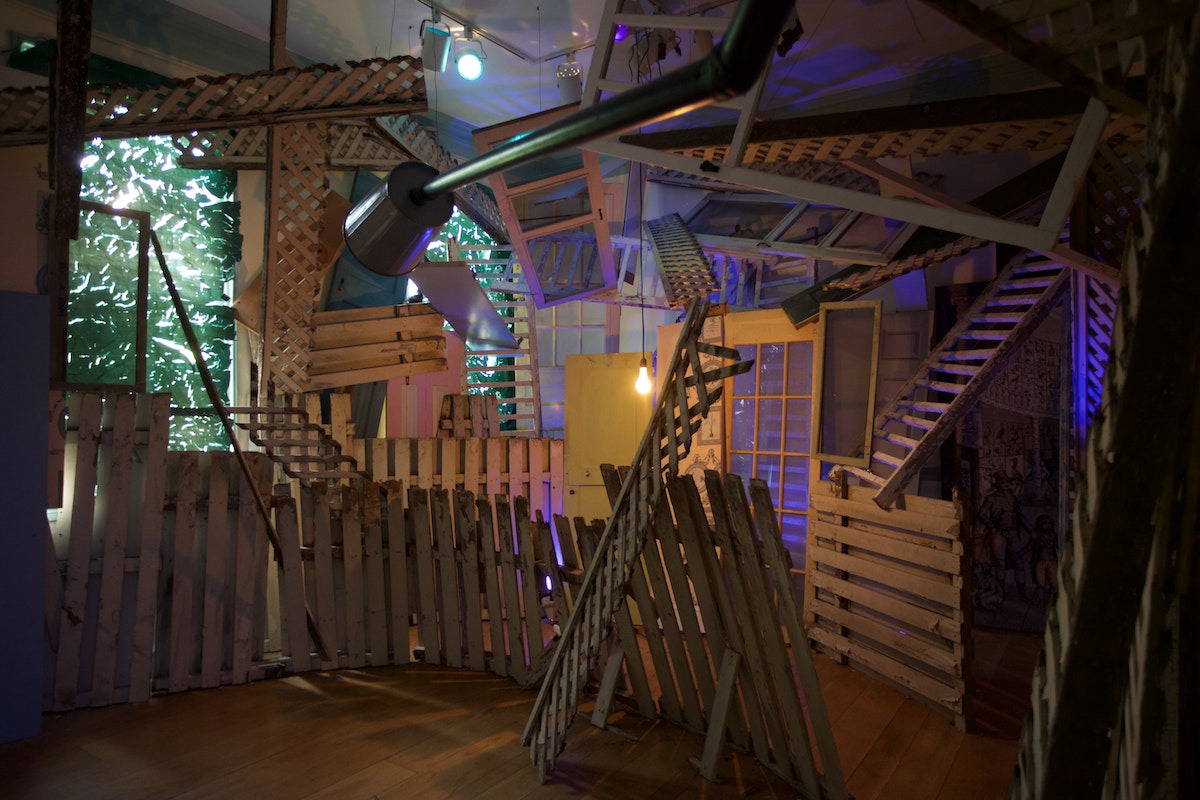 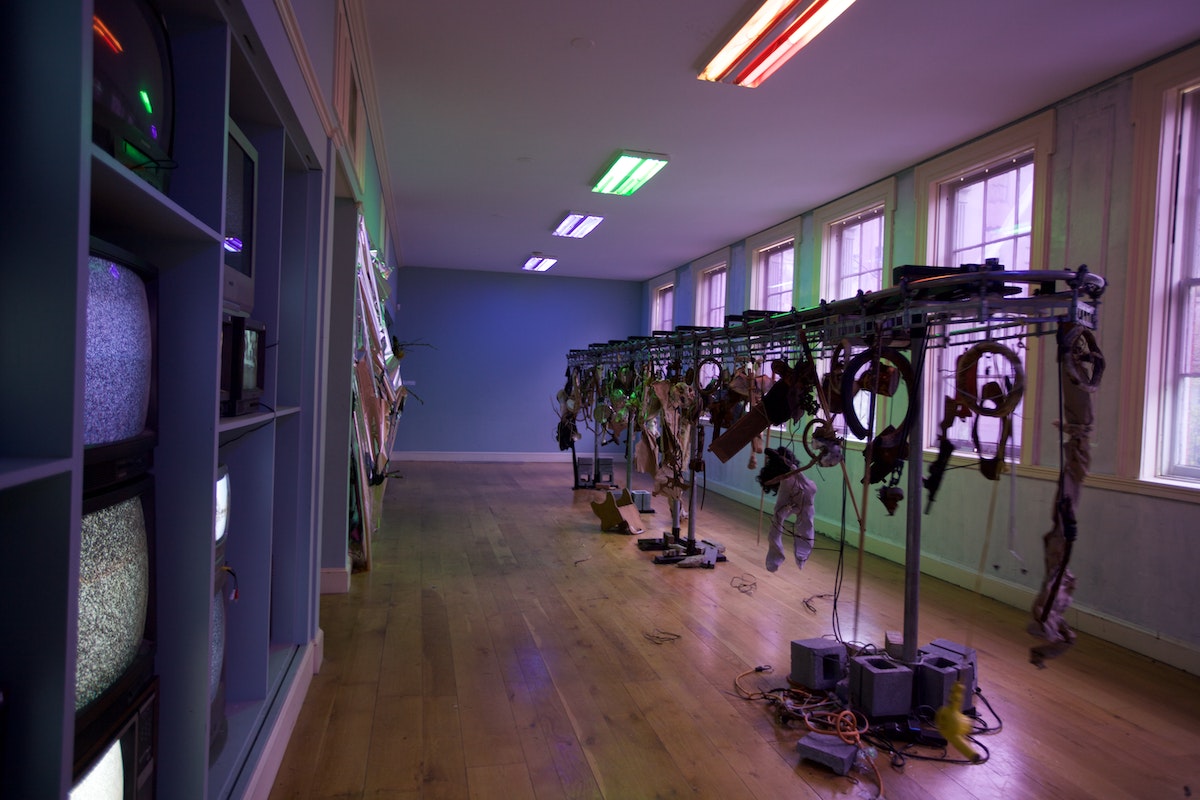 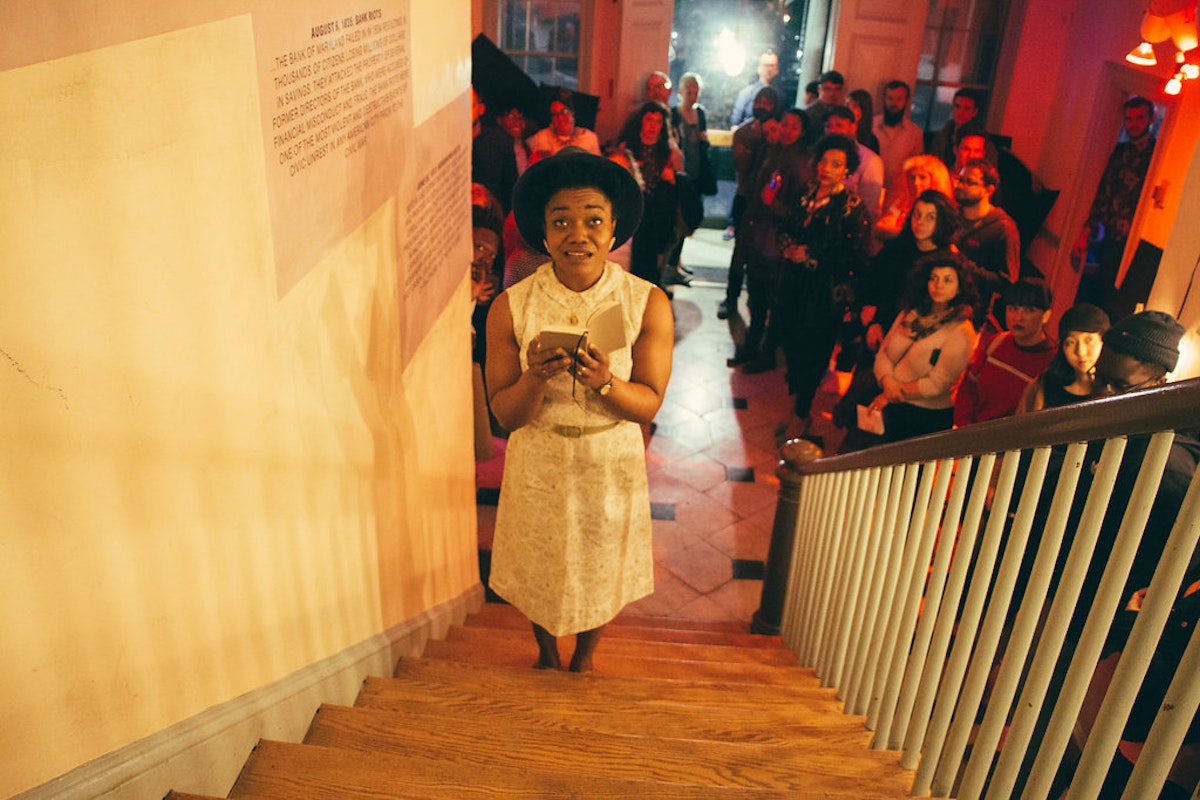 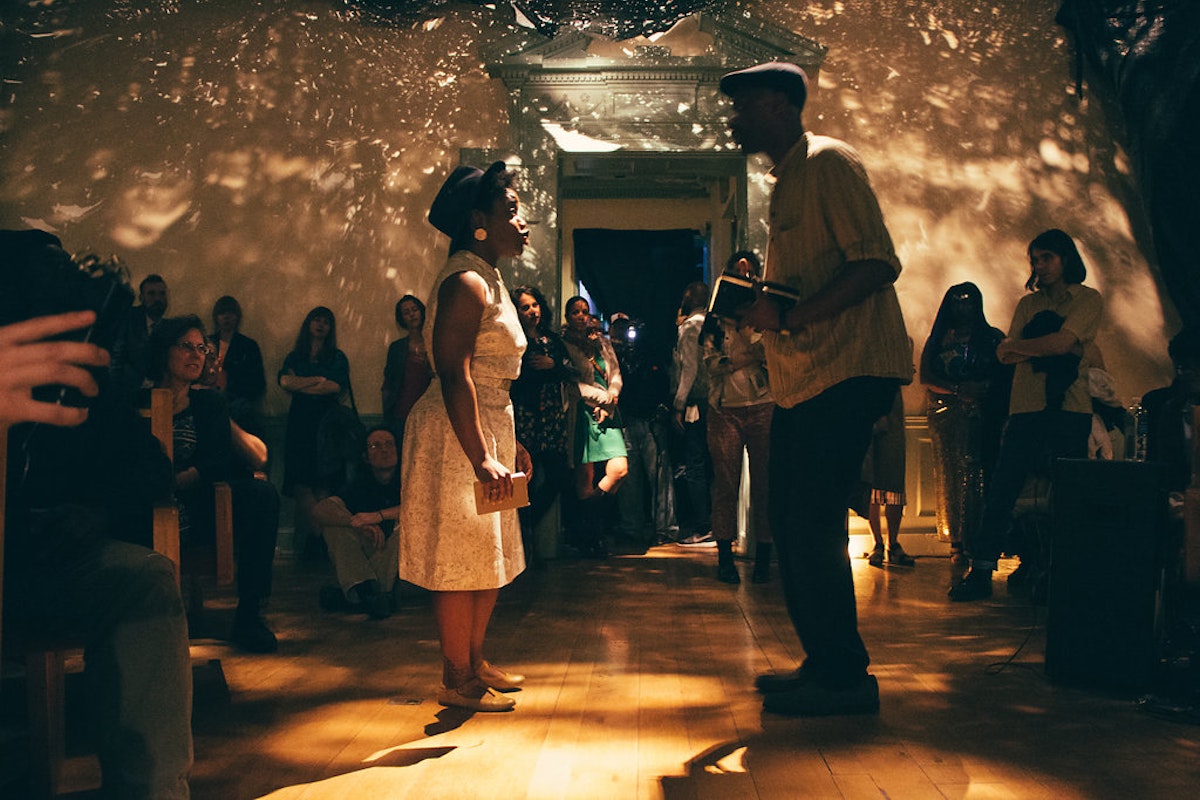