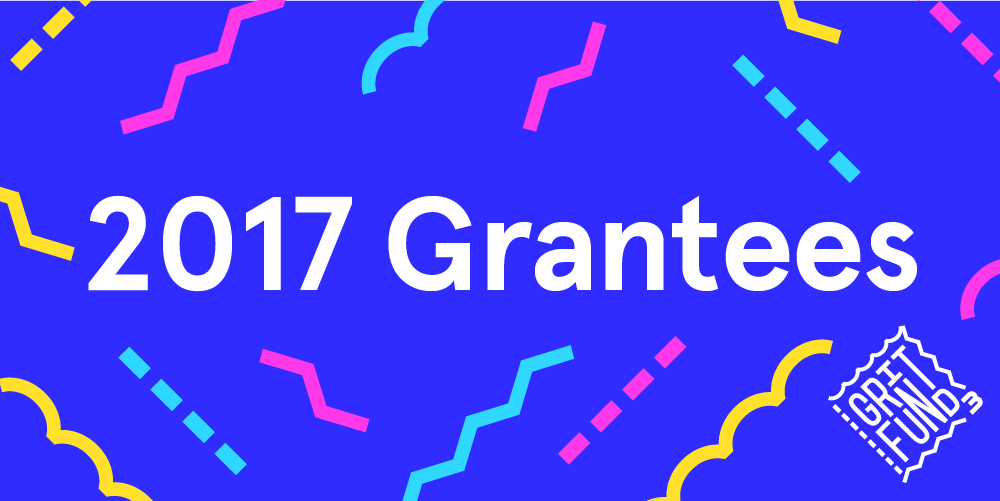 The Grit Fund supports unincorporated and collaborative artist-organized activity that contributes significantly to Baltimore's arts landscape but seldom qualifies for traditional funding. Established with generous support from The Andy Warhol Foundation for the Visual Arts, and bolstered in round two with additional support from the Robert W. Deutsch Foundation, the Grit Fund encourages projects that generate opportunities and create platforms for artists to engage with each other and with the public. Funded activities could include but are not limited to: exhibitions, publications, public events, public art, film screenings, the ongoing work of an existing arts venue or collective, and the founding of a new arts venue or collective.

A Revolutionary Summer Publications by Andria N. Cole and Malene Bell; funded $5000. A Revolutionary Summer is an intensive critical reading and writing workshop series dedicated to the dissection and production of womanist literature and art. A Revolutionary Summer exists to keep young Black girls whole, to balance the scales, to offer up a Nobel Laureate, radical painter, love song, and afro picked to perfection for every stupid, shallow representation of her. The Grit Fund supports the production and online publication of seven to nine issues of an interactive vocabulary acquisition magazine and a printed literary journal.

Blush + Brews by Jacob Marley, Alejandra Nunez, Ashley Chambers, and Jeffrey Crowell; funded $5000. Blush + Brews is a monthly free dance party inspired by and for women in Baltimore and the surrounding cities. With help from the Grit Fund, Blush + Brews will expand and improve their platform for female identifying artists in Baltimore by hosting additional events outside of the monthly dance parties including an all ages free event in Station North specifically for high school students. The event will showcase the musical and visual talents of the city’s younger artists.

Close Up Baltimore by Emma Fesperman, Elsa Haarstad, and Meryam Bouadjemi; funded $3000. Launched after the national media reacted to the events of April 2015 by portraying the city as a troubled, violent, and impoverished place that is best avoided, Close Up Baltimore is a project that aims to put Baltimore in the spotlight on its own terms. The Grit Fund supports the online platform’s general operating and the ongoing work of commissioning local photographers from ten different neighborhoods to gather the stories of their neighbors and showcase these perspectives from across the city.

Kidult Presents: Outside the Box with Abu the Flutemaker

LabBodies Performance Art Review III: Freedom by Ashley DeHoyos, Ada Pinkston, and Hoesy Corona; funded $6000. LabBodies Performance Art Review III: Freedom will be the third iteration of LabBodies annual performance art festival. This program began in 2015 when organizers saw a need to create a space for local artists to examine the socio-political pressure that comes from the boundaries of race, class, gender, and power in the United States of America. The festival provides a platform for artists that exist on the margins to present their work in a supportive environment. The Grit Fund supports general operating and the production and presentation of the third year of the festival.

NONUMENT 01: The McKeldin Fountain by Lisa Moren, Jaimes Mayhew, Martin Bricelj Baraga, and Neja Tomšič; funded $5950. NONUMENT 01 showcases performance artists who will recreate historical art interventions, protests, and events that have taken place in Baltimore’s only downtown free speech zone. The story of the Fountain is an example of the escalating privatization of public spaces worldwide, a trend that diminishes access to free and full participation for ordinary people in everyday urban life. The Grit Fund will support the production of the event and the development of an augmented reality app for audience members to recreate the demolished McKeldin Fountain on a smartphone or tablet.

Refugee Youth Publishing Workshops by Kimi Hanauer, Bokeum Jeon, Bomin Jeon, and Valentina Cabezas; funded $3600. Press Press (PP) is an interdisciplinary publishing initiative that defines publishing as the act of gathering a public. With a focus on immigrant and refugee communities in Baltimore, PP uses publications to deconstruct hierarchical structures and foster collaborative relationships. Through a partnership with Refugee Youth Project since 2014, PP hosts weekly, publishing workshops with teen refugees in an immigrant and refugee only space. The Grit Fund provides funding for facilities and to hire youth leaders to take the role of organizing their community around an artistic project.

Secret Psychic Cinema’s Season 3 Programming by Meredith Moore, Herb Shellenberger, Margaret Rorison, and Siobhan Hagan; funded $4800. Secret Psychic Cinema is a film series created in 2015 by Meredith Moore. Originating in the Bromo Arts District at the venue Psychic Readings, the series has brought inspired and provocative programming to a diverse and growing audience and over time has expanded to other venues in the city. With help from Grit Fund, Secret Psychic Cinema will continue to evolve and expand, providing the funds necessary to bring in outside artists and curators. The series will host seven different events for the third season.

WOO Windows by Sarah Marriage; funded $5100. A Workshop of Our Own, or WOO, is a 6400 square foot woodshop located in the Woodberry neighborhood of Baltimore city. WOO's mission is to create a professional woodworking environment which cultivates and promotes the careers of women and gender non-conforming craftspeople in the field. In doing so WOO aims to: amplify our voices, be a collaborative space for professionals, train all skill levels in a supportive environment, and provide apprenticeship opportunities. The Grit Funds supports general operating of the space and WOO Windows, an art and architecture design competition and public art project. 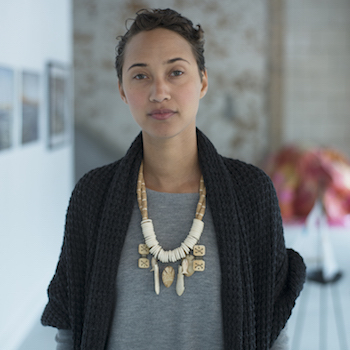 Cameron Shaw is a writer, editor, and the Executive Director of Pelican Bomb in New Orleans. Her work at Pelican Bomb centers on developing platforms for diverse voices, particularly through publishing and exhibition making, that expand the ways individuals and communities interact with contemporary art. Her writing on art and visual culture has been widely published including in The New York Times, Art in America, and BOMB Magazine, as well as in books on Chris Ofili, Nick Cave, Tameka Norris, and other artists. Shaw was awarded a Creative Capital/Andy Warhol Foundation Arts Writers Grant for Short-Form Writing in 2009 and was selected as a Robert Rauschenberg Foundation Writing Fellow in 2015. Recognized for thought leadership in New Orleans, she has lectured and moderated panels on a range of topics including translating theory to practice, rethinking organizational sustainability, creative publishing strategies, and institutional/community relationship building. 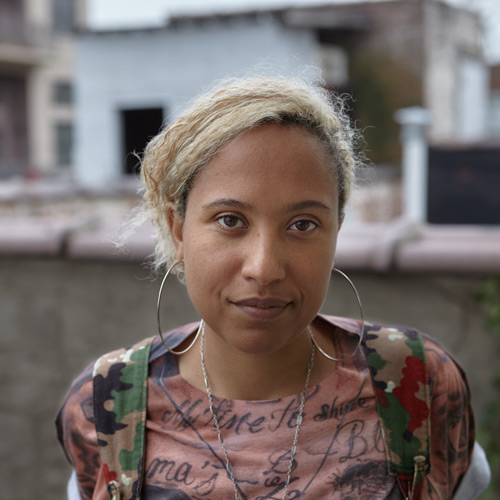 Carolyn Lazard is a media and performance artist, writer, and film curator. Her work engages collective practice to address the ethics of care, dependency, and wellness. Lazard has presented work in various spaces including Light Industry, Cleopatra’s, Recess, Anthology Film Archives, the Arnolfini, and the New Museum. She’s published writing in the Brooklyn Rail and Mousse Magazine. She is a founding member of the art collective Canaries and is a 2015 recipient of the Wynn Newhouse Award. Lazard holds a B.A. from Bard college and she lives between New York and Philadelphia. 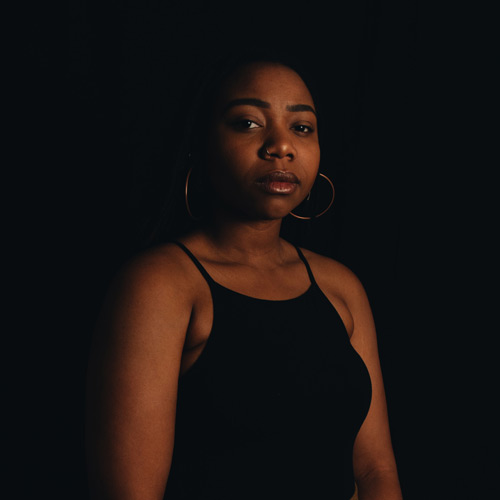 Khadija Nia Adell is a practicing multimedia artist, arts administrator, and independent curator born and raised in Miami, FL, living and working in Baltimore. Adell graduated magna cum laude from Maryland Institute College of Art (MICA) with a BFA in Interdisciplinary Sculpture and Art History. As an advocate for the arts and equitable education, Adell is invested in civic engagement and cultural preservation, with a passion for the legacy of the African diaspora. Recent projects include a year-long fellowship with the Greater Baltimore Cultural Alliance in the Urban Arts Leadership Program. Her work as a visual artist has been featured in solo and group exhibitions in Miami, New Orleans, Baltimore, New York, London, Florence; and in publications in Baltimore and New York. As a independent artists and founding member of the arts collective Balti Gurls, Adell has programmed and collaborated on events focused on providing a social platform for female identifying and queer artists of color in Baltimore. She currently works as a gallery assistant at Galerie Myrtis and is the program coordinator for the North Avenue Knowledge Exchange. 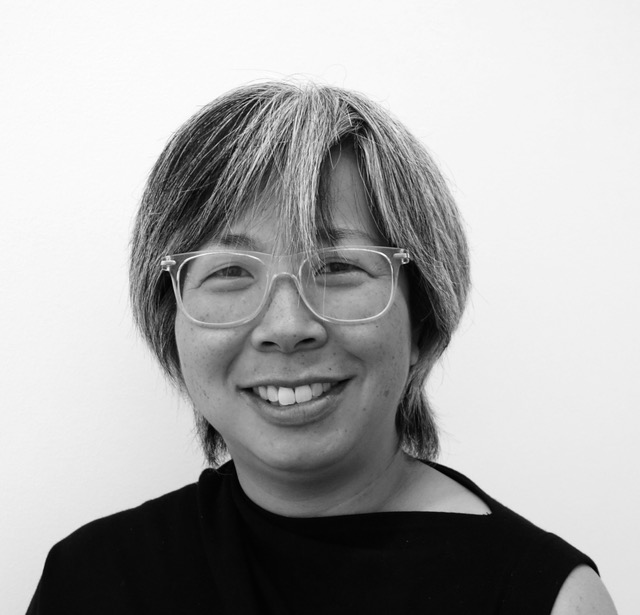 Kris Kuramitsu is a curator who has focused on supporting the work of contemporary artists for over 20 years. She is currently Deputy Director | Senior Curator for The Mistake Room, where she has organized Histories of a Vanishing Present: A Prologue (2016) (co-curator); Cao Fei: Shadow Plays (2015); Carlos Amorales: A Film Trilogy (2015); and Matsumi Kanemitsu: Metamorphic Effects (2014). In her years as an independent curator and consultant, she organized an exhibition of the work of John Outterbridge (LA><ART, 2011); and several group exhibitions, including Home Away (Armory Center for the Arts, 2013); Drawing the Line: Japanese American Art, Design & Activism in Post-War Los Angeles (Japanese American National Museum, 2011); and Invisible City (Instituto Cervantes, Madrid, 2010), among others. Her previous posts include Associate Director for Artis; Programs Director at Creative Link for the Arts, New York; curator for the collections of Eileen and Peter Norton, and the Collection of Eileen Harris Norton; and the Arts Programs Director for the Peter Norton Family Foundation. She holds a MA in Art History from UCLA and a BA from Pomona College. 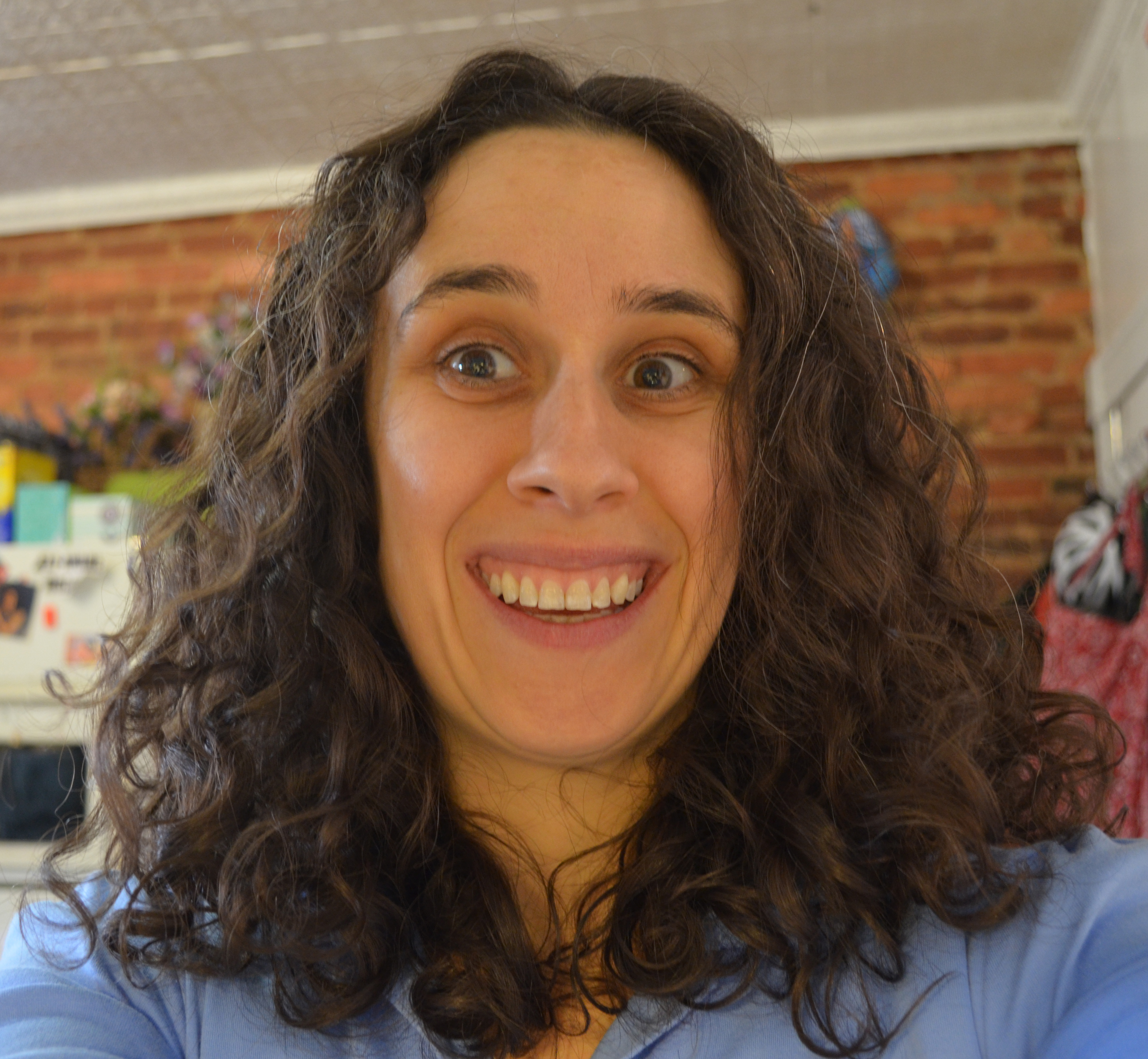 Melissa Webb is a fiber artist working in the areas of site-specific installation, large-scale participatory environments, and performance. She has worked as a solo artist, as well as collaboratively with local artists and performers, creating many live performances, interventions, grand public spectacles, and two independent films. Melissa currently serves as Exhibitions Manager for School 33 Art Center and the Baltimore Office of Promotion & the Arts as part of Baltimore's Cultural Council. She has been an adjunct professor within the Fiber department at her alma matter, The Maryland Institute, College of Art since 2009, building and teaching garment and performance-based courses. She is a three-time Janet and Walter Sondheim Prize semi-finalist and the recipient of a Robert Rauschenberg Artistic Innovation and Collaboration Grant. Her work has been featured at venues such as Vis-Arts Rockville, School 33 Art Center, The Maryland Institute, College of Art, The Creative Alliance, The Baltimore Museum of Art, The Baltimore Theatre Project, and at art festivals such as Transmodern, The Philadelphia Fringe, and Baltimore's Artscape.

About the Grit Fund

The Grit Fund, administered by The Contemporary, provides 8-12 grants in amounts between $1,000–$6,000, totaling $55,000 annually. The Grit Fund will accept proposals from non-incorporated, artist-organized initiatives that work collaboratively and reside in Baltimore City or Baltimore County. Projects must take place in either Baltimore City or Baltimore County and be accessible to the general public. The Contemporary’s mission is inspired by three guiding principles: artists matter, collaboration is key, and audience is everywhere. In keeping with this mission, the Grit Fund values risk-taking, encourages collaboration, and seeks to expand points of access to contemporary art.

About the Regional Regranting Program

The Regional Regranting Program aims to support vibrant, under-the-radar artistic activity by partnering with leading cultural institutions in communities across the country. The program allows The Andy Warhol Foundation for the Visual Arts to reach the sizeable population of informal, non-incorporated artist collectives and to support their alternative gathering spaces, publications, websites, events and other projects. The Foundation plans to expand this program with partner organizations in areas where the level of on-the-ground, self-organized artistic activity is highest.

About The Andy Warhol Foundation for the Visual Arts

The Andy Warhol Foundation for the Visual Arts was established in 1987 for the advancement of the visual arts. The Foundation’s objective is to foster innovative artistic expression and the creative process by encouraging and supporting cultural organizations that in turn, directly or indirectly, support artists and their work. The Foundation values the contribution these organizations make to artists and audiences and to society as a whole by supporting, exhibiting, and interpreting a broad spectrum of contemporary artistic practice.

The Contemporary is a nomadic, non-collecting art museum in Baltimore, Maryland. Our mission expands the idea of a museum as an incubator that commissions site-specific and subject-oriented projects. We engage diverse audiences and advance contemporary art through projects and educational programming. Our work is inspired by three guiding principles: artists matter, collaboration is key, and audience is everywhere.